Erik Martin (TD, l’Unithéâtre/La cité francophone) rounded up a group of technicians for the first annual (or multi-annual?) Techsplosion event. Workshop West was gracious enough to donate their unused theatre time to allow us technicians to just play!

The goal was to bring ideas we wanted to try in a theatre space, and start playing.

By the end of the 3-day experimental time, we had built an inflatable cube, some light painting software, audio-to-light software, camera control software, played with different projection materials and control (including an iCue!), and overall just had too much fun. On Friday evening we invited some theatre friends to come by and take a look at what we were up to, and hopefully inspired a few more ideas. Thanks to everyone who helped out, looking forward to next year!

This summer I was very fortunate to be able to serve as Faculty Projection Technologist at the Banff Centre for the Summer Arts Festival. I worked on the Dance Masters ballet program, as well as the Opera as Theatre program’s production of Owen Wingrave.

The Ballet ended up being run off QLab 3, which worked great for the small amount of mapping needed. There were still a few bugs to work out in the new version, but most of them were resolved by the time we opened!

Owen Wingrave arrived on hard drive in Catalyst Media Server, which it was produced in London on. As Catalyst licenses are fairly elusive to obtain in Canada, I opted to transfer it to Watchout 5.5 and play it back on a system courtesy the Vancouver Opera. Also involved in the system was a Vista/Christie Spyder X20, and five Christie Mirage HD20K-J’s, plus a QLab-operated prop MacBook Pro. (Oh and an operating prop television too!). Design by James Adkins.

It was great working at the centre with beautiful surroundings, awesome people, and some really cool gear to play with. Looking forward to going back soon!

Adventures at the Banff Centre as Faculty Projection Technologist.

Via Flickr:
Photos from Floating Stones Theatre’s production of Echoes, at the Edmonton International Fringe 2012.

T. Erin Gruber, a collaborator of mine asked me to shoot a few photos for Echoes, a project that used projection as a narrative dramatic feature. Check out some of the stunning visuals that came out of it!

More info about the show:

"There is a new story to be told…" The trickster. The protagonist. The helping hand. Stolen relics and magical lands

Via Flickr:
This second round of Nextfest photos is from the Fairytales & Nightmares event put on June 16, 2012.

I joined Elijah Lindenberger & Erin Gruber to setup and create a projection atmosphere for the evening. Held at the Artery, we spent the day setting up four different projectors around the venue. One helped showcase some of Erin’s artwork, which was powered by my little BenQ paired to her iPad 2 with VGA adapter. A second pointed onto a side wall for experimenting with projection mapping onto the oversized clock & ghostly cellophane figures we inherited. Erin used Isadora on her 27″ iMac to power the mapping.

I setup my MacBook Pro with the Kinect, creating a silhouette image on another wall. We experimented with placement of the Kinect, but ultimately found we were limited by the stock length of the USB cable. It still turned out well, and I threw in a bit of Twitter magic using Quartz Composer to create the “creepy wall”. Originally I had it configured to download #nextfest-related Twitter pics right in the composition, but it turned out to be buggy. I instead opted to use a temporary folder that QC scanned periodically, and then saved images manually to it throughout the night. That’s one advantage of live video performance vs installation!

Finally, Eli setup his MacBook Pro with the fourth projector used as a backdrop to one of the performance stages. Using his mad VJ skills and a custom Isadora setup, he kept the cool visuals flowing right until the end of the night.

This was my first Nextfest, so it was great to get out and take part in such a great local art scene! The openness to the different types of performances and styles was tremendous, and made our experiments feel tremendously valued. I shot a few photos of the performers, they were all exceptionally great!

If you’re interested in adding a bit of projection flare to your next event, our trio would love to be a part of it. Get in touch through the usual means (@jole, jole.ca/contact, flickrmail, whatever floats your boat).

Nextfest: Mother Pisslegs (She Shall Be Praised)

Nextfest: Mother Pisslegs (She Shall Be Praised), a set on Flickr.

Via Flickr:
Erin Gruber (eringruber.com) invited me to come shoot a few pictures for a show she was designing for, Mother Pisslegs (She Shall Be Praised) as part of Nextfest 2012 in Edmonton, AB.

Nextfest has a bit of a contest on, encouraging shutter bugs to take photos during the festival and submit them for inclusion in the 2013 program, with credit. Pretty awesome!

It was a bit of a challenge balancing the exposure of the performer with the projections, and some of the shots I regret locking focus on the screens. Grain was a challenge on my little D40 in such a dim environment, but some of them turned out ok! Here’s the best of the shoot. 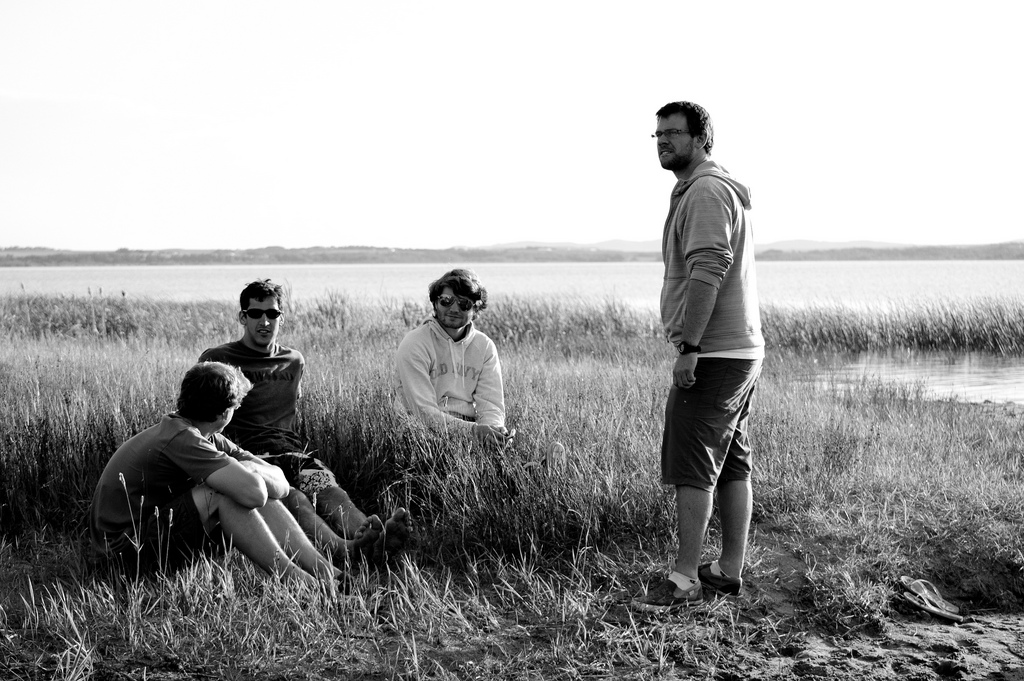 Via Flickr:
Folk artist Elise LeBlanc performs for LTDs (Leaders in Training and Discipleship) on the beach at Gull Lake Centre near Lacombe, AB.

I have been working at Gull Lake Centre for the summer, putting together videos and shooting photos for all the campers who come through the gates. It has been a wonderful opportunity to practice my photography, especially on days like these!