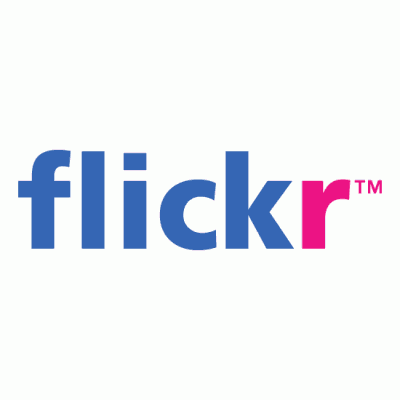 So, in an ultimate move of irony, I’ve decided to migrate my photos to Flickr. About 5 years ago I started there, but was too bothered by the need to pay for a Pro account just to store my photos. I haven’t bought a Pro account yet, but will likely in the coming weeks. I’ll keep organizing the sets over on my Flickr Page, and you can enjoy the nicer UI, geotagging, sets, and other features that never really materialized in the (officially defunct) flickrer.

The move comes from the desire to simplify my workflow, while making the interface to various destinations simplified. Without a doubt, this move to Flickr will mean it’s one-click to get my pics from iPhoto to the Web, and simplify the integration of my photography into WordPress and jole-v3.

This photo is one of my favourites 🙂
I realize that I’m not posting enough to the good old jole gallery, which, after all has been the cornerstone of jole.ca since the very beginning and the “jolephoto” monicker. It occurred to me today that there are a fair amount of people who come to my site to look around, but will just go straight to the gallery out of fear of my technical bloggy goodness, so I might as well keep it fresh for them.
Often I have photos that I’m quite proud of but that simply don’t have enough energy to go through and name and describe. While names and descriptions would be nice, I’m pretty sure it’s the photo that counts. So moving forward, I’ll be just uploading the pictures as-is with just the plain-jane DSC-o-rama title and (no description). I may however provide a brief update such as this one that describes some of the photos in the upload.
I’ve been having urges to rework flickrer a bit, which I may or may not do at some point in the future, but for now just enjoy the photos I’ve dug up from 2009 and a few fresh ones from this month, and look forward to more frequent (albeit less descriptive) photo updates.
Finally, a shout out to the Edmonton Journal Student Photo Contest. Submit one photo from 2009 to the journal for a chance to win some cool prizes! (Students Only). I’ve already submitted mine!

Well it’s been a while since I’ve done…well…anything on the site.

It’s been lots of happenings, and if you want to catch up on all that, listen to episode 6 of The Duck Podcast.

Today’s a big day in the news though.

As for flickrer, I finally got around to doing some caching of the database files that it runs through EVERY time you load any page in the gallery, which I can’t even imagine how hard it must have been on the servers for the larger galleries. This way, you MUST update manually or enable autoscan in the config in order for it to work. To rescan, just tack ?rescan&equals;yes onto index.php and it will rescan. After that things should be really fast. If they aren’t, make sure the gallery dir is writable.

Today is of course uptime 300. jServer has been putsing along for a mind blowing 300 days. Just a few months away from the 1 year mark!

And of course Apple has released some very long rumored products. My opinion of the whole MacBook Air is somewhat unimpressed. I was hoping for more of a professional product for the sub-notebook class, something with MORE I/O than the MacBook, rather than less. With no FireWire, no Line In, no ethernet, a SINGLE solitary USB 2.0 port, and a non-user replaceable battery, I find it a bit hard to imagine every switching to one of those guys, as beautiful machine as they are.

That being said, bravo on for Apple for engineering such a great machine. I think the price, comparing to Sony or other models is certainly a good value even if you are losing some I/O, and while Apple may be criticized for dropping just too much connectivity off of it’s notebook, I think we all know that Apple is right about these things. If you look at the floppy drive among others, it’s clear that they like to lead the pack in eliminating unnecessary bulk, and trim the fat, but I’m glad they didn’t modify their existing line to do it this time.

As for movie rentals, I think it’ll be a great hit for Apple, and that the Apple TV will take off for now. $20 is a ridiculous fee to pay for the new iTouch Apps, but I guess that’s life. I hope the Apple TV UI comes to OS X though!

My money is probably going towards a new video camera, Sony DCRHC28 most likely, as it offers the best value for what I’m looking for. After that, I plan on building this machine:

Although I’ll go for the Quad processor instead.

It's finally here! The moment you've all been waiting for! jolegallery is now here, under it's new name: flickrer! (pronounced flickr-er)

Yes! You can see it in action right now in my gallery!

Yes! You can download it for your own fooling around with right here!

Yes! It requires no administration!

Yes! It's everything you ever wanted in a photo gallery!*

Yeah, you guessed it. jolegallery is my next project that will be hopefully a significant improvement to my current gallery. I really liked flickr, because it sorted your photos nicely in chronological order, from the day you took them. I liked having them in a nice little list, and be able to subscribe to the photos. Flickr was just somewhat limiting in it's flexibility and I'm really too cheap to buy a pro account when I have perfectly good hosting right here.

So I began working with exif functions in PHP, that will automatically parse the exif data to order them by date I took them. Hopefully there will be some tag data or something like that, and it will probably use a Lightbox JS style enlarging function. It will be open source like joleblog, but not as supported. And joleblog is not dead!